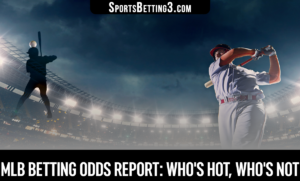 The 2015 MLB season is 40+ games in the books and some teams have been treating bettors with consistent winning, while others just cannot seem to get the job done on a nightly basis and have proved to be a bad investment.

In this article we breakdown two of the hotter teams in the BIGS as well as two that should be avoided at all costs when making a baseball wager…at least for now anyway.

St. Louis Cardinals
With a record of 27-13 and a .675 winning percentage, the St. Louis Cardinals continue to cash in at the payout window for bettors. The well-balanced Red Birds are plus $826 in the money column, including $505 at home and $321 on the road. As a favorite, the Cardinals are 22-10 and as an underdog, which isn’t too frequent, they are 5 up and 3 down.

Houston Astros
The Houston Astros continue to roll with a record of 27-14 and a 5.5 game lead in the American League West. Houston is a staggering $1404 in the money with a very impressive $1012 cashing in on the highway. They have produced a 13-8 record when laying the chalk and an equally good mark as an underdog (14-6). It’s time for bettors to start backing the Astros.

Oakland Athletics
The A’s have been a huge disappoint thus far in the early going and their record of 14-28 has landed them in last place in the AL West – 13.5 games behind the Astros. The A’s are minus $1526 in the money column, including a poor $1023 at home. As a favorite they are just 10-21 overall and if they don’t improve soon they will be out of any sort of race by the All-Star break. Stay away from making any wagers on the Athletics until they can turn things around.

Toronto Blue Jays
The Blue Jays are 18-24 and in last place in the American League East, but most of that is contributed to their lackluster effort on the road. Toronto is minus $717 in the money, but $624 of that comes when the team is playing on the road. The Blue Jays are a decent team, but they need to improve on their 8-15 road record if they want to have any shot at winning the division.

ONE FINAL WORD
Teams can get hot or not in a blink, so it is important that you stay focused on progress of a ball club who is on a winning/losing streak as they can turn it around and win eight of ten, or 16 of twenty, or do it in reverse. The point is, don’t take the winning and losing for granted and continue to do proper research before making your selections.