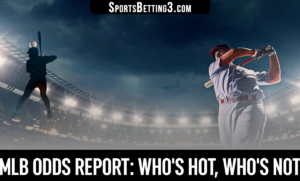 In this article we take a look at a couple of teams who are establishing themselves as a good ROI for bettors and a couple of more teams that are not, and should be avoided when making wagers – at least for now until things turn around.

The St. Louis Cardinals are among the hottest teams in baseball, and cashing winning tickets for bettors on a nightly basis. The Red Birds have won 8 of their last 10 on the money line, while going OVER the posted total in five of those games. Overall, St. Louis is 20-7 and in first place in the NL Central division.

The surprising Houston Astros are another squad paying dividends for bettors, winning 7 of 10 and are +$870 in the money overall. The Astros are 18-10 on the season, including a mediocre 8-8 record at home and a very impressive 10-2 mark on the highway. Houston is currently the front runners in the AL West, leading by 5 games over the 2nd place Angels.

On the flip side, the Colorado Rockies are proving to be a bad investment for any bettors backing them these days.  Currently, the Rockies own a seven-game losing streak and have notched just two wins in their last ten games. Not very good. However, playing the total to go OVER could hold value as Colorado has eclipsed the number in six of their last ten matchups.

The Pittsburgh Pirates are failing to pay out at the window as well, winning just 3 of their last ten and currently on a five-game losing streak. A team with high expectations, the Pirates are just 12-15 (.444 winning %) overall and -$527 in the money. Home, away, favorite or underdog, the Pirates are not getting it done. Stay away until they improve their winning ways, but for now it’s just not happening.