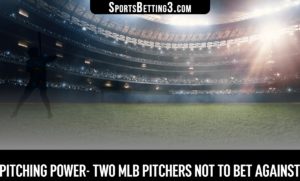 Almost a month into the regular season, fans witnessed plenty of spectacular pitching throughout. Amongst these there are two pitchers that bettors should not go up against and why.

Wright always possessed the potential to head an Atlanta rotation, but never lived up to it on a consistent basis. This season looks different because without Mike Soroka Wright is slotted as the third man in the rotation.

In his three games started this season, the only time Wright struggled was against a stout San Diego team where he surrendered two runs on five hits. Even with an off performance in that game, the Braves still won 5-2.  Every game Wright started in this early season Atlanta won with scores of 2-1, 5-2, and 3-0.

Wright posted a 1.59 ERA in 5.2 innings pitched, and an opponent batting average of .227 in the 2021 postseason. He now is building off that into a solid 2022 start, and this may be a turning point in his career, and maybe Wright is living up to the potential Braves fan always placed on him as a top prospect.

Wright’s expected to start is against Thursday against the Chicago Cubs. Despite the Cubs leading the league in batting average, runs and on base percentage this is a classic case of good pitching versus good hitting.

Kershaw stands on the verge of history with 2,693 strikeouts in his career so far that ranks second all-time in Los Angeles Dodgers history. Don Sutton claimed the record in 1979 with 2,696, so Kershaw is a start away from earning the top spot.

In three starts, the lefty owns a 2.65 ERA, a 3-0 record and a WHIP of 0.59. At 34 years old Kershaw performs exceptionally well as always.  In his last start against San Diego Kershaw gave up one run on four hits and struck out three in five innings. It was a solid outing, but rather pedestrian for Kershaw’s standards.

It remains to be seen if the 34-year-old will regain the form he once possessed in 2014 when we won the NL Cy Yong Award and MVP, but he’s started the season strong.

Again, Kershaw looks strong in the first month of the season, and being close to history seems to be a pitcher to not go up against in his next start.

The Tigers sputtered at the start of the season, and nothing changed throughout the season as Detroit is below .500. Detroit shows nothing that indicates it will put up a fight against arguably one of the best to do it in the last 10 years, so do not bet against Clayton Kershaw.