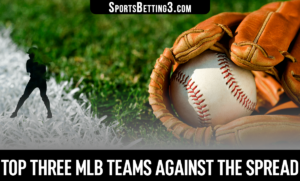 In a stat-heavy game like baseball, bettors must know which stats are crucial for making better wagers.

It pays to know the teams that cover the most, best run line records, and others. But the opposites of those stats are just as important because it creates a different angle to betting.

The stats examined will be cover percentage and run line, but instead of analyzing the best teams this will be the worst. Run line is the average amount of points/runs teams cover the spread by.

These stats explain the terrible cover because a difference of three runs is generally an atypical spread to bet.

Heading into Wednesday’s contest against the Oakland Athletics, Minnesota posted a 40.5% cover rate, and a run line of -0.1.

Ranked sixth in ERA before Wednesday with a 3.34 it is clear that the Twins do not struggle in that department. Also, the Twins held a .240 team batting average before the game, so it is not poor offense.

A lot of Minnesota’s game are decided by three or more runs too. In the 37 games, again excluding Wednesday’s contest the Twins played 21 games decided by that margin.

Cincinnati posted a run line record of 15-21, and cover percentage of 41.7%, but this team is terrible.

What made the Reds easier to include here is the fact that it combined for a no-hitter and lost the game 1-0. A team losing a no-no has only occurred six times in baseball history!

In the early days of May, the Reds ranked 29th in batting average, 30th in on base percentage and 30th in slugging. An abysmal offensive showing, but Cincy turned it around recently, so this could help explain the record. The team was so horrible that when it started winning, no one expected it almost. A fair assumption too because the team posted a 3-18 at the conclusion of April. The Reds are hovering around .500 so far into May.

Cincinnati pitched horribly too as the 6.68 earned run average, 1.69 walks and hits per inning and 5.26 walks per nine innings as of May 5th, ranked last for pitching staffs.

The Reds played better of late, but the terrible start explains the horrible cover percentage.