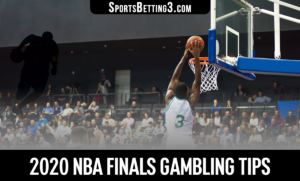 The NBA finals are fast approaching. Everyone is on the edge of their seats, rooting for their favorite team and superstars. NBA fans are now weighing all their betting options as the season draws to a close.

Sports gambling has come back to life as major USA leagues return to play and finish their seasons.  Here are suggestions you can use to jump start your NBA betting excitement in this season’s upcoming final match.

The following tips serve as a guide to increase your chances of winning. They’re ideal for beginners learning the ropes. Note that single game betting is different from daily fantasy sports. Picking a Fantasy NBA team is vastly different from analyzing sportbook lines and analyzing a team’s recent performance.

Line movements are important in sports betting. Lines and odds for the favorite and underdog will vary prior to tipoff.  Lines are usually are released 2-3 days before a matchup. Sometimes sportbooks won’t have lines until 24 hours before a game begins. Monitor your sportsbook’s odds page carefully.

Lines change with betting action on each side. In general, oddsmakers encourage balanced action on both sides of a line. Their profit is the juice charged on the favorite. Lines move as money comes in for the favorite or underdog, respectively.

Checkout your team’s opening odds. Once established, monitor movements in your team’s favor and place an informed bet.

Never bet more than 3% of your bankroll on any game, even if you are confident in your bet. Additionally, do not make too many bets in a short period. This ties up too much capital.

Go for base hits, not home runs. You must be slow but steady in building your bankroll. If you are the kind of bettor who loves action, bet 1% or less on a wide variety of games.

Home court advantage is significant in the NBA. About 60% of home teams win. Playoff hopefuls strive to gain this advantage. It increases the likelihood of making the championship game.

Most stats are irrelevant to handicapping a team. Filter out the useless ones and focus on those which are most predicative of a team’s success.

NBA bettors review these three: rebounds, turnovers, and points in the paint. When a team is strong in these categories, it indicates strong winning potential.

Fatigue has a huge impact on a team’s performance. Watch out for glaring inequities between teams. One might have significantly more rest than another. Review each team’s recent schedule and results. Teams coming off recent road trips have considerably more fatigue than those who have played at home.

Also monitor each team’s star players. Look for signs that that a player is more exhausted than usual due to taxing performances in recent days.

Now that you know how to handicap a team, here is an overview of common NBA bets. For more information, review our detailed tutorial.

Mobile technology NBA betting more accessible than ever. Below are the most common types of bets:

The NBA’s increasingly popularity around the world has driven millions to sportsbooks to bet on their favorite teams. Millions of basketball enthusiasts and bettors are following the league each day. Use the handicapping advice above to profit when you place your bet on the upcoming NBA championship.