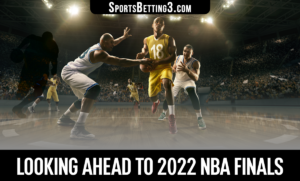 Looking ahead to 2022 NBA Finals

The four teams left in the NBA playoffs feature three teams that haven’t had much recent success. Golden State, the other remaining team, has been the best franchise in the NBA over the past seven years.

The question for the other teams has become do they have the pieces to finish the job? When it comes to the Boston Celtics and Miami Heat, both of those teams have been knocking on the door of a breakthrough for the past few seasons. The Dallas Mavericks have experienced a renaissance with star point guard Luka Doncic and are back in the title picture.

For ways to bet on the NBA, check out our betting guide. Here’s a look at each team and which team to bet on now to win the crown.

Golden State spent the last two seasons out of the playoffs after Klay Thompson and Steph Curry missed a lot of games due to injury. However, behind the development of Jordan Poole and Andrew Wiggins, the Warriors are once again in the conversation with the NBA’s elite. Entering in the playoffs, there was a concern a late-season injury to Curry may limit his effectiveness.

While Curry’s 3-point shooting has declined slightly, he’s shooting 35.7 percent this year as opposed to 39.8 percent for his career, that hasn’t made him that much less effectively. Curry averages 26.4 points, 5.5 assists and 4.8 rebounds per game thus far in the postseason.

Golden State has seen some other red flags pop up this postseason. The Warriors have struggled with turnovers on offense and have been susceptible to strong defense. Offensively, Golden State is still capable of face-melting offensive runs that send opponents running for the hills.

The Warriors aren’t a bad bet to win the crown, but they would likely have a better matchup with Miami then Boston. At +110, Golden State is a stay away for now.

There would be little argument that Jayson Tatum was a bonafide superstar before this postseason. But how the Celtics’ forward has played during these playoffs was has shown his full value. Tatum is averaging 28.3 points, 6.1 assists and 5.8 rebounds.

Small forward Jaylen Brown has also provided a strong second option for the Celtics. Boston have Brown has been a big bonus. He is averaging 22.3 points per game. But the x-factor for Boston in the playoffs has been veteran forward Al Horford.

Horford is averaging 10.4 points and 7.4 rebounds per game. His contributions on the interior have been important against the undersized heat. Boston is a strong option to bet at +275. The Celtics may be favored over either team from the Western Conference in the finals.

Miami last reached the NBA Finals in 2020 during the bubble postseason at the height of the pandemic. The Heat still have a number of those core players — Jimmy Butler, Bam Adebayo, Tyler Herro and Duncan Robinson — from that squad. Miami was the Eastern Conference’s top seed, but the team’s 3-point shooting has abandoned it in the postseason.

The Heat shot 37.2 percent from the perimeter during the regular season. However, since the playoffs Miami has only been shooting 32.2 percent. Robinson has struggled so severely in the playoffs that he has been pulled from the rotation.

Miami, which is +310 to win the title, is a nice story. The Heat rely on two undrafted players — Gabe Vincent and Max Struss — in their backcourt. Miami is hoping to get Kyle Lowry back at some point. If Miami’s 3-point shooting doesn’t return, the Heat may be the team to stay away from in the Eastern Conference.

Doncic, who has averaged 30.5 points, 9.8 rebounds and 6.4 rebounds per game, has been outstanding for the Mavericks since returning from an injury that kept him out of the first few games of the playoffs.

Dallas’ problem is the Mavericks’ offense hasn’t been consistent in the postseason. In Game 1 against Golden State, the Mavericks shot 36 percent from the field. If they can’t find Doncic some help, winning a championship will be difficult.