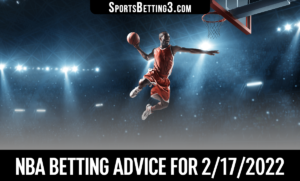 With All-Star Weekend looming, the NBA gives fans a modest five-game slate Thursday night before the festivities. There is always an opportunity to make money, and in this article we break down each game in hopes to help our reader make informed betting decisions.

These teams recently squared off, and Miami decimated Charlotte 104-86.

The Hornets are playing worse ball lately too, so this may be another blowout.

While down by 30 at one point, Charlotte managed to close the gap against the Memphis Grizzlies for a 125-118 loss. Now, there are two ways to look at that: Buzz City turns a corner, or another loss deflates the team.

Charlotte possesses of the highest paces in the league and a below average defense efficiency, while Miami is the opposite.

Bam Adebayo scored 20 points and collected 12 rebounds in the previous meeting despite shooting 7-for-21. With a better performance, the Heat should control the paint and clobber the Hornets.

Gut call says it is another big L for Charlotte, take the under and bet against the close spread.

Two teams that look considerably different from the previous week, so this should be a wildcard of a game.

Important to note that since this game is in Brooklyn there is no Kyrie Irving. No real scoring threats from the Nets, and the Wizards lack of chemistry among other components, will keep this game close.

With the Wizards recent 103-94 win over the Detroit Pistons, it was alarming to see a team on the outskirts of the 10th seed play the worst team in the league that close.

Brooklyn with no stars is arguably better than Detroit, which means this should be  a tight game and in the Nets favor.

The under on points is more appealing because these teams are offensively inept at times and bet on a cover because this should be a close game.

Another team composed moderately different than last week, the Pelicans look to stop a hot Luka Doncic in this game.

Since the departure of Kristaps Porzingis, Doncic ascended higher into the upper echelon of guards with his play. This included a 51-point performance against the Los Angeles Clippers.

For New Orleans, the addition of CJ McCollum has yet to pay the dividends they were hoping when they acquired him at the trade deadline. It does give them one more scoring threat, but does not give them the push, or change them enough to consider them a better team.

A hot Mavericks team, with their star player hot too, Dallas should easily win this game, bet the under on points because of a potential blowout. Do not expect the Pelicans to cover the spread.

Now, this is a marquee game any fan wants to see. Two of the games top stars competing on perennial playoff teams. The defending NBA Champions versus a hungry contending team in the same conference, both top seeds in the East.

Joel Embiid and Giannis Antetokounmpo thrive in these games, and when the moment matters each player delivers. This should be a battle of the boards between these two.

A game like this should deliver tons of points, so the over is more appealing, expect the spread to be covered because this will be a close game to the final buzzer.

This should be an easy game for the Clippers, despite a less-than-stellar record, LA owns one of the best defense efficiency ratings in the league.

In a pace up game with Houston, the team with the fastest pace of play, the Clippers opportunities to score will be plentiful. It also helps that the Rockets are the worst in defense efficiency.

The potential for Los Angeles to blowout the Rockets is present, like every game Houston plays it seems, but it is a matter of when the Clippers run away with the lead.

For a team like Los Angeles, the gut call is a blowout won’t happen immediately, so take the over on points but do not expect the Rockets to cover the spread.

With every new day in sports there are many opportunities to make extra cash, for this turn to sportsbetting3 to give you an extra edge!