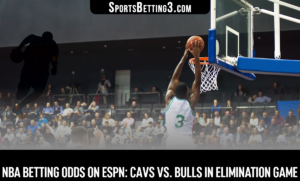 The Bulls will attempt to stave off elimination from the Cleveland Cavaliers on Thursday as Game 6 of the Eastern Conference semis moves to the United Center in Chicago.

The Cavs took advantage of Game 5 on their home floor and beat the Bulls 106-101 to take a 3-2 series lead while pushing Chicago to the brink of elimination. If Cleveland is able to close out this series and advance, it will be the first time since the 2008-09 season that they will play in the Conference Finals.

For Chicago to be successful in this matchup, they need a better performance from Derrick Rose, who shot just 7 for 24 (1 for 12 in the 2nd half) in Game 5  and finished with 16 points.

Additionally, Pau Gasol intends to play after missing the last two games, (both of which resulted in losses for the Bulls) and should provide a much needed big man presence on the floor.

“I hope that my presence is positive,” Gasol told the Chicago Tribune. “Offensively, I bring things that makes it a little easier for the rest of the guys.”

When looking into betting trends for this crucial Game 6 contest, some interesting ones are worth noting, such as: the Cavaliers are just 1-4 ATS in their last 5 games overall and 1-7 ATS in their last 8 Conference Semifinals games.

In head-to-head action, the underdog is 5-2 ATS in the last seven between these two adversaries.

Game 7, if necessary, will be played on Sunday in Cleveland at the Quicken Loans Arena.