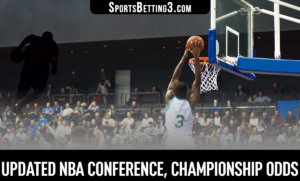 As NBA teams begin the second round of postseason play, I thought it would be a good idea to take a look at the updated odds to win the Eastern and Western Conferences as well as the Championship.

Additionally, I’ve included some interesting prop bets that might be worth taking a shot at, as they offer a good return if you have some extra money set aside to make this type of wager.

The Chicago Bulls are offered at 3/2 to win the Eastern Conference and 5/1 to win the Championship. Of course with a 1-0 series lead against the Cavaliers, oddsmakers now have them in front of LeBron James and company to come out of the East.

Speaking of the Cavaliers, they are now positioned at 8/5 to win the Eastern Conference, but even though they lost Game 1 and home court advantage, the oddsmakers still have them pegged at 5/1 (same as the Bulls) to take home the NBA Trophy this year.

The Golden State Warriors are the clear favorites to win the Western Conference at 4/11 and they are also the front runners to win the title at 4/5 on the NBA odds board.

After ousting last year’s Champions, the San Antonio Spurs, and winning Game 1 against the Rockets, the Clippers are priced at 7/2 to win the West and 6/1 to win the Championship this season.