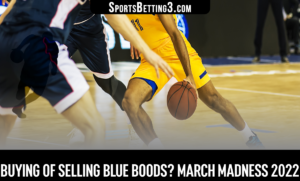 Every March, the NCAA Tournament is hailed as a showcase for the underdogs. Little schools try to capture the attention of America during the first weekend of the tournament. However, by the time the tournament is thinned to the Final Four, it is usually the big dogs left at the bowl.

Check out our college basketball betting guide to see how to bet on games. But when it comes to betting on the so-called blue bloods, which of the traditional powers are the best bests heading into the Division I men’s basketball tournament this season? Also, is there any value left with these programs, which typically carry price heavier price tags due to their brand name?

Here’s a look at what we think about the traditional powers heading in the postseason.

Sending Coach K out on Top

Duke coach Mike Krzyzewski, who announced his retirement from coaching before the season, has already made the 2021-22 season one to remember. After beating Virginia Feb. 23, the Blue Devils put themselves in position to win their first ACC regular season title since 2010.

The Blue Devils also have collected several impressive victories outside of ACC play. Duke has neutral court wins over Kentucky and Gonzaga, which have been ranked in the top 10 for most of the season. Their is value on the Blue Devils to win the crown, as they come in at +1300 and may be worth the 13 to 1 wager.

UNC fighting for its life

Life on the other end of Tobacco Road hasn’t been so great for North Carolina, which is unranked despite have 20 wins. The Tar Heels’ losses have UNC teetering on the edge of being in the tournament in the first place. UNC have a major head-scratcher home loss, to unranked Pittsburgh, on its resume.

In addition, the Tar Heels have taken double digit losses to Duke, Wake Forest, Miami and Tennessee. While UNC’s future recruits seem to be faring well, those guys will not be able to help the Tar Heels now. This year’s group is led by Armando Barcot, who is a double-double machine, recording 15.9 points and 12.3 rebounds per game.

Can UCLA be consistent?

UCLA, which last won a national championship in 1994, returned nearly all of its core from a team that made a surprising run to the Final Four last year. When it comes to how the Bruins’ encore is going, the results have been a mixed bag. At home, UCLA has been excellent, being able to trip up nearly all of its Pac 12 foes.

On the road, however, the Bruins have struggled in the back half of conference play and it is a troubling trend for a team that will soon be tasked with navigating through the neutral floors of the Pac 12 and NCAA Tournaments. Guard Johnny Juzang leads the Bruins by averaging 17.0 points per game. Jaime Jaquez Jr. contributes 12.0 points per game, while contributing 5.4 rebounds per contest.

UCLA is +2800 to win the crown and may be worth a look if the Bruins can bottle what they found last season.

We aren’t in Kansas anymore

The Jayhawks have found a way to surge to the top of the ultra competitive Big 12 and are in a good position to get a high seed. As a result, Kansas is listed as +1200 to win the crown. What makes the Jayhawks so tough?

Guard Ochai Agbaji leads Kansas by scoring 20.2 points and he shoots 44.5 percent from beyond the arc. Christian Braun (15.2 points per game) and Jalen Wilson (10.7) also average in double figures scoring for the Jayhawks.

However, at that short of a number, it’s worth waiting on Kansas. The Big 12 provided many tests for the Jayhawks. But Kansas didn’t challenge itself in the non-conference schedule and were thrashed by Kentucky in the Big 12-SEC Challenge in late January.

The Jayhawks are legitimate, but wait for a better number.