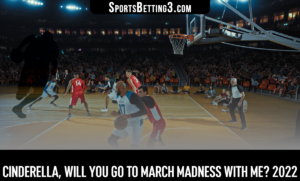 Conference Tournament season is about to start and America will be introduced to the champions of little conferences attempting to have their profile raised with success in the big dance. Bettors can find value by determining which of these teams are legitimate and can possibly win a game or two in the NCAA Tournament.

There are a number of mid-major teams that are off to strong seasons and will likely make teams from power conferences sweat in the first round. Studying teams that you like now, before the tournament starts will make things easier once the brackets get release in mid-March. Here is a guide for how to bet on college basketball.

Below is a look at mid-majors hoping to bust brackets. Disclaimer: Gonzaga doesn’t count. The Bulldogs are a heavyweight now.

Bryant Bulldogs have the scoring touch

The Northeast Conference haven’t produced many successful NCAA Tournament teams. Schools from the conference have compiled a 7-41 record all-time in the Big Dance. Bryant, which moved up to Division I for the 2010-11 season, hasn’t ever made the NCAA Tournament.

However, this season, Bryant is 20-9 overall and 16-2 in NEC play, which leads the conference entering their tournament. Should the Bulldogs get into the tournament, they may be a tough out in a first four game. Bryant ranks 59th in the country in scoring offense, averaging 75.9 points per game.

Whether it’s in Providence, Louisville, Kentucky or little Iona, Rick Pitino has shown to be a tremendous college basketball coach. Pitino once again has the Gaels humming in the 2021-2022 season and they appear to be a likely repeat winner of the Metro Atlantic Athletic Conference. Iona, which made the NCAA Tournament before bowing to Alabama in the first round last season, picked up where it left off this year.

Iona upset No. 10 Alabama in the non-conference schedule and also picked up victories over Yale, Harvard and Appalachian State. The Gaels also gave Kansas a scare before falling 96-83. While Pitino has denied it, there are rumors he is pursuing the Maryland job.

Iona, though, is a team built to contend this year. Guard Tyson Jolly leads the team by scoring 14.7 points per game, while Nelly Junior Joseph averages 12.8 points and 8.1 rebounds per game. The Gaels average 75.4 points per game, which is 66th best nationally, and have the scoring punch to hang with the big boys.

Teams from the MAAC are 7-39 all-time in the NCAA Tournament.

San Francisco is one of the schools that has emerged to help challenge Gonzaga in West Coast Conference play. The Dons, who started the season 10-0, are 23-8 and in fourth place in the WCC. San Francisco will be highly motivated to get back to March Madness.

From 1950-1980, the Dons were one of the true powerhouses in college basketball before they shut down their own program due to poor behavior. San Francisco hasn’t reached the NCAA Tournament since 1998, but seems primed to do it this season. The Dons beat Arizona State, UNLV and Nevada in the non-conference.

Jamaree Bouyea leads San Francisco in scoring, contributing 17.0 points per game. Forward Yauhen Massalski has been a force underneath, scoring 13.6 points per game in addition to grabbing 9.4 rebounds per contest. If San Francisco gets in, they could catch a big school napping.

Loyola Chicago captured the hearts and minds of America by making a run to the Final Four in 2018 and have returned to the tournament twice since then. The Ramblers are once again 22-7 and primed to escape from the Missouri Valley Conference and into the NCAA Tournament. Loyola Chicago showed in the non-conference it meant business collecting wins over San Francisco, Vanderbilt, Arizona State and DePaul.

The Ramblers also narrowly dropped a 63-61 decision to Michigan State and also suffered a single-digit loss to Auburn. Loyola Chicago averages 74.7 points per game and are led by guard Lucas Williamson, who averages 14.1 points per game.

The Ramblers could give teams problems on the opening weekend of the tournament and it wouldn’t be that big of an upset to see them move on.