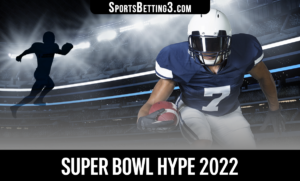 How is it possible that Tom Brady is not in the Super Bowl? Well, it is time for Joe Burrow and Matthew Stafford. Youth and age are beginning a new chapter of Super Bowl history with yet another “home” game for LVI. Also, for some reason, everyone forgets when the kickoff time is, so here you go: it is will be 6:30 pm eastern time.

Well, the point spread has changed. The Los Angeles Rams were originally favored by 3.5 points, but the line has changed since it opened. Los Angeles, playing in its home stadium SoFi Stadium, is favored by 4.5 points. They are also a four-point favorite in some books.

While the Rams are the more-than-field-goal favorite across the board, it is the Bengals that are getting the majority of tickets. Cincinnati is seemingly the public’s favorite heading into Inglewood’s first Super Bowl. With the spread higher than a field goal, it is decent value to take Cincinnati.

How the Bengals will Cover the Spread

The Bengals are the “hot team” — well the hot offense — heading into the contest, and their lone skill-position injury is to tight end C.J. Uzomah. He left the AFC Championship early due to a knee injury. He is questionable for the Big Game, so Burrow may get another weapon back. If Uzomah is not able to play, Drew Sample — who caught his first career postseason pass at the end of January — would try to fill in again.

It will be up to Burrow, Joe Mixon, and the trio of Bengals receivers to live up to hyde on Super Bowl Sunday. If any of Burrow’s guys go off for a big day, it will be smooth sailing for Cincinnati in its attempt for the first Super Bowl in franchise history.

How the Rams will Cover the Spread

On the other hand, Los Angeles has a defense that is among the best in the NFL. The Rams sacked opposing quarterbacks 50 times this season. That ranks third in the NFL, and the same rank goes for the Bengals’ poor offensive line, which allowed 55 sacks.

If the Rams are winning this game, it is because Matthew Stafford — who led the NFL in interceptions — kept his mistakes to a minimum and the Los Angeles defensive line got to Burrow. Remember, Burrow did get sacked nine times at Tennessee, but Cincinnati was victorious. Can the Rams’ defensive unit get the job done? It remains to be seen on Super Bowl Sunday.