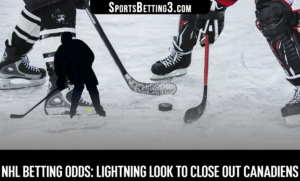 The Tampa Bay Lightning own a commanding 3-1 series lead over the Canadiens and go for the jugular in Game 5 when the two teams meet on Saturday night at the Bell Centre in Montreal.

After digging themselves a 3-0 series deficit, the Canadiens staved off elimination with a 6-2 road victory in Game 4 at the Amalie Arena in Tampa, Florida.

Montreal looked sharp in their Game 4 contest, and will look to carry the momentum on their home ice, but it could be too little – too late as they find themselves on the brink of elimination once again.

While teams have come back from a 3-0 series hole, it is unlikely for the Canadiens to do so in this scenario.

Anything is possible, but the Lightning seem to have the Canadiens number; so if Montreal is able to accomplish the inevitable we are looking at one of the greatest comebacks ever.

However, just last season, the Los Angeles Kings came roaring back against the San Jose Sharks after trailing 3-0 and eventually advanced to the Stanley Cup Finals.

Tampa Bay is even money to win the Eastern Conference and 15/4 to win the Cup. On the flip side, the Canadiens are priced at 11/1 and 25/1 respectively.

If Montreal is able to pull out a victory tonight, Game 6 will take place on Tuesday evening in Tampa.