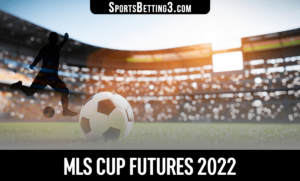 With the international window upon us, MLS teams will have a few weeks to collect their thoughts as their best players head to play with their respective international teams. This is a good chance to take a look at where the value is in the futures markets for teams to win the MLS Cup.

Defending champion New York City FC is against looking like a formidable side. NYFC, which is +550 to repeat as champions, has made the playoffs in every season since it joined the league in 2016.  At about the halfway mark of the season, NYCFC leads the Eastern Conference with 26 points and has a goal differential of +15.

However, despite the pedigree and success so far this year, NYCFC doesn’t have the bets odds to win the crown. Here’s a look at other teams that have value and are among the favorites.


LAFC, which is  the current favorite at+450 to win the MLS Cup, has been consumed this season with the status of star Mexico striker Carlos Vela. While Vela’s contract negotiation hasn’t impacted his play, he has scored a team-high six goals, it is hanging over everyone’s head as Vela says he would like to stay.

What has made things special for the Black & Gold is how the substitutes have played. Coach Steve Cherundolo has found the right touch with bringing in players. LAFC leads the MLS with 10 goals from substitutes. LAFC is the atop the Western Conference standings and has a +13 goal differential.


Austin FC learned a lot of lessons after a disappointing first season. The second-year club, whose fans have rallied around their green kits, has become one of the more potent offenses in the MLS.  Austin FC has already scored 28 goals in 13 games after only scoring 35 all of last season.

Austin FC, which is +1600 to win the title, has 24 points so far this season and sits in fourth place in the Western Conference. Sebastian Driussi leads Austin FC with eight goals. Midfielder Diego Fagundez has been one of the league’s best playmakers, accruing seven assists and scoring three goals.


The Philadelphia Union have the fewest losses of any team in the MLS. But its the seven ties Philadelphia has gotten caught up in that have the Union in second place in the Eastern Conference standings. What has made Philadelphia, which is +900 to win, so tough is its stout defense.

The Union are tied for the fewest goals allowed, having only conceded 10 this season, with the NYCFC. Offensively, Daniel Gazdag has scored a team-high seven goals for Philadelphia. Union goalkeeper Andre Blake has kept five lean sheets this season.

Dallas back on track


FC Dallas had fallen on hard times since last winning the MLS Cup in 2016. While FC Dallas had been back to the playoffs three times since that season, they hadn’t advanced further than the quarterfinals. This season, FC Dallas has shown the balance that may make them one of the contenders for the Western Conference and MLS Cup.

FC Dallas has scored 24 goals while only conceding 11 thus far. The team’s success has come despite selling off one of their best home-grown players, Ricardo Pepi, to FC Augsburg in the Bundesliga. FC Dallas, which is +1800 to win, has found another attacking threat in Colombian forward Jesus Ferreira.

Ferreira, who leads the team with nine goals, has formed a solid 1-2 punch with Paul Arriola. Arriola, an American midfielder, has scored seven times this year for FC Dallas.

At this point in the season, defending champion NYCFC is worth taking a shot at. They are tight defensively and showed the ability to be able to score goals as well throughout the season. There are several teams worth taking a flyer on at their current price.

With how Austin FC can attack, a small bet at +1800 isn’t a bad price, but the young franchise has still yet to make it to the postseason. A look at the Seattle Sounders at +1600 isn’t a bad price. The Sounders have struggled so far this season, but have a lot of veterans and the franchise has produced a lot of team success during its MLS history.