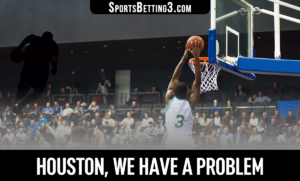 Miami, 2/9/10 – As the Rockets went crashing earthwards in the vicinity of South Beach, they could take heart in being beaten & battered before the Heat pummeled them for a 33-point victory. After all, Miami was rabid to break a five game slump & get their mojo back. Putting forth a stellar effort that saw six players score in double figures, the Heat got what they needed, blowing out Houston 99-66 to the delight of hometown fans.

Despite starting a season sans 7’6″ center Yao Ming (broken foot) & minus franchise goldbricker Tracey McGrady (take your pick, chronic poor attitude mostly) the Rockets have flown higher & farther than many expected. Wily coach Rick Adelman has forged a strong, team-first group playing as more than the sum of its parts. Perspective-wise, while their record (27-24) makes for ninth place in a beastly Western Conference, in LEastern Conference terms that’s a game ahead of Charlotte (26-25) for the sixth spot.

For the 26-27 Heat then, a depleted Rockets were perfect prey for them. Dwayne Wade stuffed his staff sheet, notching 17 points, 7 dimes, 5 steals, & 4 rebounds – in barely 29 minutes of game time. Five other Heat players got in on the act, with Udonis Haslem in particular standing out with his own 14 points & 14 boards. Considering the Heat could suit up a whole entire extra player if need be though, predicting victory wasn’t exactly rocket science.

“We caught a Houston team that was a little beat up, and that certainly was a factor,” Miami coach Erik Spoelstra said.

Regardless of circumstances, Miami should take heart in their big night. A win like this always feels good on your home court, even if your fans are leaving early on account of lopsided win. With their next five games on the road, Miami needed a confidence booster. Houston find themselves in a limbo kind of place. Ming is back next season, but speedy recovery from an injury referred to as “career threatening” will be difficult. McGrady probably won’t be in a Rockets uniform much longer – all the better for a Rockets team happy to be rid of his baleful influence & monster contract.