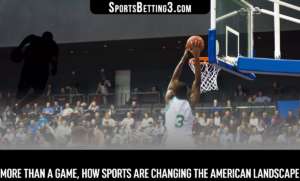 Typically sports and politics are considered separate issues in the eyes of the fan. In today’s sports culture, particularly basketball, the players are fully entrenched in the political landscape. This has reared its head into international politics when Daryl Morey tweeted his support for Hong Kong gaining independence from the Chinese government. The response was catastrophic from the Chinese Government who threatened to take basketball out of the country entirely. China is a huge source of income for the NBA and is extremely popular. The response from basketball was a swift apology for the comments and the league moved forward.

This time around, it is clear that players will not just move forward. Jacob Blake was shot in the back 7 times by police officers in Wisconsin earlier in the week inciting riots throughout the state. NBA players have set this bubble up with a clear message of solidarity to end police violence and brutality, specifically toward the African American population. With this latest instance of (presumably) unprovoked violence, athletes are stepping up.

FUCK THIS MAN!!!! WE DEMAND CHANGE. SICK OF IT

All games Wednesday have been postponed with a players-only meeting set for 8 PM EST. What will come from that meeting we do not know. But we do know is that the season is now at an impasse. As the Bucks attempt to reach the Attorney General of Wisconsin, the next steps will be discussed and the options are wide-ranging for athletes who no longer just athletes, they are leaders politically and socially.

The Milwaukee Brewers have decided to sit out and postpone their Wednesday matchup with the Reds. The frustration is clear across the sports landscape. Thankfully, the platform that athletes hold is massive. Athletes that want a message sent out to the masses will get it across the world within minutes. If NBA players are attempting to speak with the Attorney General of Wisconsin, expect them to speak with other leagues as well. NHL will assuredly get a call as well. MLB appears ready to join the NBA in their boycott. This issue will not be as simple as “we hear you.” As per J.R. Smith’s Instagram story, “Oh, you don’t hear us? Well, now you cant see us!”

This story will continue to develop and the season cancellations seem unlikely. However, It would not be surprising to see LeBron James really take a stand here as a top-tier voice. With NBA season in “boycott”, there will assuredly be odds of the season being canceled (we will update those as they become available). Below you will see updated Championship Odds. The Clippers have rebounded nicely from their loss to Dallas and the Lakers made quick work of the Trailblazers after struggling early.