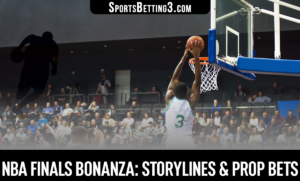 In the most ass-backward year in human memory, the NBA finals have fittingly arrived in September. The plucky Junior Warrior East Miami Heat face off against the Evil Empire and the Los Angeles Lakers. At the start of the year, Vegas pegged Miami at +5000 to win the championship; their over/under for wins was only 43.5. If you bet $100 on Miami vs. Los Angeles at the beginning of the year, you would have banked $22,950!

Of course, last October, this upstart Miami team hadn’t yet introduced the versions of Duncan Robinson, Tyler Herro, and Bam Adebayo we see today. In 2019, they also carried an edible eating Deion Waiters, James Johnson, and Justise Winslow on the roster. Adding Andre Igoudala completed Miami’s impersonation of the most recent dynasty: the Golden State Warriors.

Imitation Is The Sincerest Form Of Flattery

If you squint hard, you can see the outlines Miami worked tirelessly to copy. First and foremost, they compiled shooters. Robinson, Herro, Kendrick Nunn, Kelly Olynyk, even Meyers Leonard and Jae Crowder fit the mold of tough players who can hit threes.

Then they searched for versatile forwards who could draw attention, play in pick and roll while finding said shooters relocating around the arc. Jimmy Butler and Adebayo likely fit the bill better than Miami ever expected. Goran Dragic gives them off the bounce spark, dribble penetration, and even more shooting.

Adebayo, especially, has grown into a more athletic version of Draymond Green. Adebayo may not be a transcendent passer or otherworldly defender like Draymond but his ability to dive to the basket off-ball screens creates as much havoc as anything the heartbeat of the Warriors threw at defenses.

Adebayo’s also a clever creator with elbow handoffs and give and gos. Of course, Miami falls short of the Warrior’s greatest-of-all-time-shooting, top-flight defense, and surreal passing, which is why Vegas installed Miami as a +375 underdog.

On the other hand, the Los Angeles Lakers field 2 of the 5 best players in the League and an underrated supporting cast. Many pundits question the Laker players not named Lebron or Davis but their fit around the superstars makes up for their perceived lack of firepower.

Danny Green, Kentavious Caldwell Pope, and Alex Caruso form a more than serviceable cadre of 3 and D defenders to spread the floor and do the dirty work. Rajon Rondo provides playmaking behind the King while Kyle Kuzma offers bench scoring and irrational confidence. There’s also Dwight Howard and Javale McGee to rebound, finish lobs, and dance on the sidelines. Nevertheless, shifty guards have always been a problem for the Lakeshow; don’t be surprised if Goran Dragic outscores Jimmy Butler.

The Brow Vs. The Young Gun

Jimmy Butler and Lebron rightfully draw much of the headlines but Bam Adebayo and Anthony Davis respectively are the reasons each of their teams made the finals. They both patrol the paint, covering up mistakes before changing ends like gazelles for dunks.

The threat of lobs for either player forces defenses to contract, giving open looks to their shooters. Davis holds the upper hand in nearly every category and should tilt the odds in the Laker’s favor. Who plays better of the two will go a very long way in deciding who’s crowned champions.

Duncan Robinson and Tyler Herro represent the emphasis NBA teams put on the three-point shot. They also embody the most dangerous threat to the Lakers. That’s why L.A defenders should be keying very closely on these two dead-eye shooters. Here are a few over/unders to consider

As the series goes on, look for Laker defenders to close the space more and more. Lakers in 6 +325

Las Vegas has set a number of props that seem guaranteed with heavy vigs. They are hoping you’ll parley a few with big money and one doesn’t come through. If you’ve got the bankroll here are some seemingly no brainers.