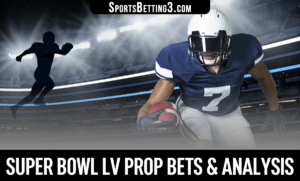 2020 may have tried to put an end to all our nice things but, at least, we made it to the Super Bowl! Perhaps it’s a positive sign for 2021 that we ended up with such a classic matchup Super Bowl clash. What could be better than the G.O.A.T, Tom Brady vs. the current best quarterback and maybe, most talented arm in football history, Patrick Mahomes? It’s a rematch of their 2018 AFC Championship Game that came down to a single offsides call from sending the Kansas City Chiefs to the Super Bowl. Instead, the Golden Boy went on to notch his 6th Super Bowl win and cemented his case for being the greatest quarterback of all time.

Brady may play for another team now but Mahomes and Co. get their chance for revenge against a stacked Buccaneer’s team. It’s also the first time a team will play the Super Bowl in their home stadium. Here’s our Super Bowl betting bonanza breakdown.

First and foremost, the headlining QBs rightfully take up most of the air in the room. Mahomes’ past three seasons have established him as the holder of the QB championship belt. An MVP, a Super Bowl win, and another Super Bowl trip in consecutive seasons, what’s left to be said? Surrounded by Travis Kelce and Tyreek Hill, it’s hard to imagine the Chiefs not putting at least 30 points on the board despite the Bucs’ loaded defense.

On the other hand, the Golden Boy hasn’t looked quite as golden this season. Three interceptions against Green Bay last week highlighted Brady’s slippage. Buccaneer receivers didn’t do him any favors and could lead to trouble against KC’s ball-hawking DBs.

A big reason this promises to be a great Super Bowl is the strength on strength matchups. The Kansas City offense has looked unstoppable, a juggernaut. However, they go against possibly the best defense they’ve seen all year. Devin White, Carlton Davis, and Sean Murphy-Bunting are flying around and will look to make Mahomes human.

On the flip side, Brady must take advantage of their litany of playmakers. Mike Evans, Chris Godwin, and Gronk must win against Tyrann Mathieu and Bashaud Breeland if the Bucs are going to have a chance. Godown struggled with four drops this week; against the Chiefs those miscues might make the difference.

Look for the Bucs to ride “Playoff Lenny” and Ronald Jones and keep the ball away from the explosive KC offense. Kansas City was 21st against the run this year and one of their few weaknesses.

Kansas City lost all-pro left tackle, Eric Fisher, to an achilles injury last week. That’s a huge loss and will force the Chiefs to scheme around his absence. Chances are they will rely on more quick passes to Hill and other speedsters to slow down the Bucs’ dynamic pass rush.

Ultimately, Tom Terrific had his run and a new gunslinger has arrived. We like Mahomes and the Chiefs +3.5. Also, bet the over for Gisele appearances, because who doesn’t like seeing Gisele?

The move here is to pick the QB of whomever you think will win. You could also parley it with your winning team of choice. It’s difficult to imagine another player winning besides Hill, who could go all cheetah and run away with it.

Super Bowl LV – Will Any TD Be Overturned By Replay?

Super Bowl LV – Will A Non-QB Throw A Touchdown?

Super Bowl LV – Will Either Kicker Hit The Upright Or Crossbar On A Missed Field Goal Or Extra Point Attempt?

Super Bowl LV – How Many Times Will Gisele Bundchen Be Shown?