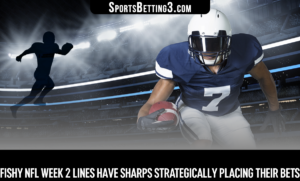 Well, we talked about unpredictability in the bubble! Sheesh! The Clippers looked phenomenal up 3-1 on the Nuggets until things fell apart in front of their eyes. Paul George and Kawhi Leonard now go back to the drawing board with their front office executives to decide the next steps as they blow a 3-1 lead to the clearly inferior Denver Nuggets. There have been collapses like this in basketball in the past but few sting as much as this one for the Clippers who did not even make it to the conference finals.

With the NBA bubble causing impossible to predict outcomes, the attention is fully on the NFL after a fantastic week 1 start. Most of the NFL Super Bowl favorites shined in their first opportunities of the season while a few struggled like the 49ers and Buccaneers. The NFL week 2 slate is typically a popular betting week for fans not just because the NFL season is so popular. Week 2 is known for being a phenomenal betting week simply because we have already seen a full 60 minutes from each team. Gathering information from teams while understanding what players will be consistently relied by their teams.

Where is the Sharp Money Going For Week 2 So Far?

The Falcons defense has not been strong in years and this year is no different. With Dak Prescott and company coming off a tough week 1, they should be hungry for a win in week 2 against Atlanta. The same can be said about Dan Quinn and the Falcons.

Neither team wants to go 0-2 to start the year and Dan Quinn might be fighting for his life. Expect both teams to pull out all the stops to win this game and put up the points. Over 70% of the money is going on the over in this game. When Matt Ryan gets over 50 attempts and their defense cedes 38 points in week 1, prepare for shootouts.

A victory versus the Bengals was not very impressive after the Bengals kicker missed a game-tying field goal as time expired. With the Chiefs looking like the next best thing to hit a football field, 8.5 seems like a generous price. Furthermore, Tyrod Taylor is starting for the Chargers. Taylor appears primed to be the star of the XFL when Dwayne Jhonson takes over next year. He is barely a starting QB in this league. Asking him to score with Patrick Mahomes is like asking an 8-year-old child to do advanced trigonometry. Chiefs by 8.5 is a very deal regardless of how good the defensive line is for the Chargers.  72% of the money is on the Chiefs right now, expect the line to jump to -10 before Sunday.